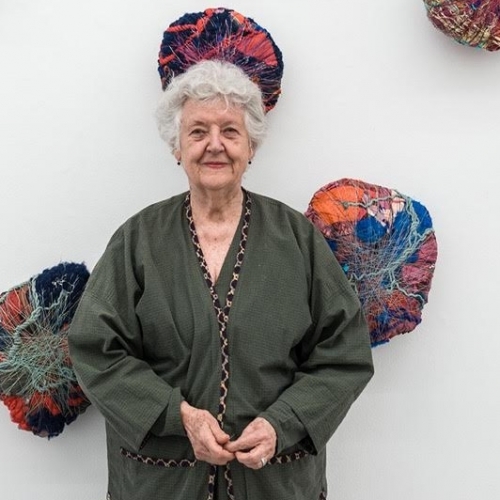 Born in Hastings, Nebraska, Sheila Hicks (b. 1934) has lived and worked in Paris since 1964. After studying fine art at Yale under the tutelage of Josef Albers, Sheila Hicks established herself as one of the most innovative textile artists of the 20th century. Hicks is renowned for her painterly approach to textile design and an ability to craft environments through the unlikely medium of fiber. She has collaborated with prominent architects including Luis Barragán, Ricardo Legorreta and SOM. Her work defies categorization, simultaneously addressing several related mediums including painting, sculpture, design and installation. Hicks’ work is included in such collections as the Metropolitan Museum of Art, New York; Museum of Modern Art, New York; Centre George Pompidou, Paris; and the Art Institute of Chicago.